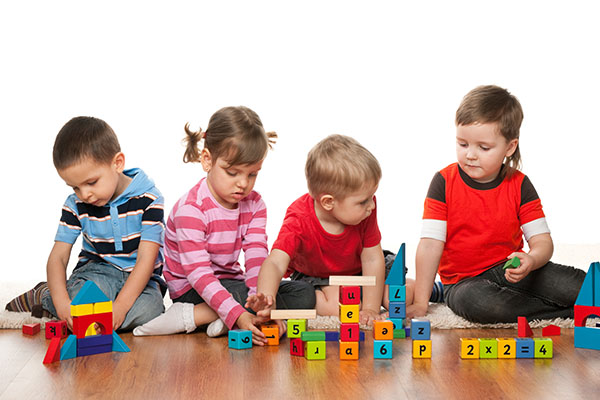 Neurodevelopmental disorders are characterized by developmental deficits that usually show up early in a child’s development, many times before the child enters school, and can run throughout the individual’s lifetime. These brain function deficits can affect a person’s emotions, memory, ability to learn, socialize and maintain self-control. They can be limited in nature, for instance to learning, or the deficits can be global and affect intelligence or social skills overall.

While there are no known cures for neurodevelopmental disorders, medication and therapy treatments do exist that can help a child or adult.

The Category of Neurodevelopmental Disorders Includes:

ADHD is one of the most common mental disorders in children and adolescents. ADHD usually becomes evident by early elementary years.

Many ADHD children grow into ADHD adults. One big problem is - most adults don't realize they have ADHD until their child is diagnosed with the disorder; then they recognize the signs and symptoms of adult ADHD in themselves.

Without treatment, ADHD can have a profoundly negative impact on both children and adults. One fourth of children with ADHD have serious learning disabilities. For ADHD adults, the disorder can affect relationships, learning, work and other aspects of life.

Individuals with autism show impairment in the following:

Asperger's syndrome disorder is closely related to typical autism when it comes to symptoms and probably causes. People with this type of autism, formerly called Asperger's syndrome, don't have a significant delay in language development as they do with more severe forms of autism.

Those with the condition formerly known as childhood disintegrative disorder seem to develop normally and show age-appropriate verbal and nonverbal communication skills as well as appropriate motor, social, and self-care skills. But somewhere between the ages of 2 and 10 years, people with this type of autism lose these skills almost completely in at least two developmental areas.

Children with the form of autism previously called PDD-NOS have severe and pervasive impairment in reciprocal social interaction or verbal and nonverbal communication skills and show other stereotypical behaviors associated with autism, but do not meet criteria for a specific pervasive developmental disorder.

The symptoms of Social Communication Disorder begin to show up in early childhood and can cause problems in social, academic, and occupational areas. Challenges in these areas cause anxiety and may result in isolation and exclusion from participation in social situations.

Symptoms of SCD include:

Kids with intellectual disabilities may have impairments in:

The various motor disorders differ in relation to the type of tic present and the duration of symptoms. The term “tics” refers to sudden movements, twitches, or sounds that people perform repetitively. People with tic or motor disorders cannot refrain from doing these things or uttering the sounds. The seven motor disorders include:

Children with language disorders may have one or more of the symptoms, depending on the severity of the issues. Those with a receptive language disorder have problems understanding the meaning of both spoken and written language and they may have:

Children with expressive language disorder have issues using spoken or written language to get others to understand what they need or want. They may:

Some children have problems both expressing themselves and understanding what people say to them. They have one or more symptoms of each of the main two types of language disorders. This is called a mixed receptive-expressive language disorder.