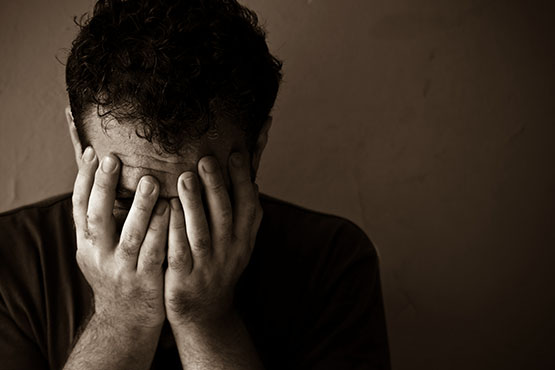 Suicide is the act of intentionally ending your life. There's no single reason why someone may try to take their own life, but certain things can increase the risk.

A person may be more likely to have suicidal thoughts if they have a mental health condition, such as depression, bipolar disorder or schizophrenia. Misusing alcohol or drugs and having poor job security can also make a person more vulnerable.

It's not always possible to prevent suicidal thoughts, but keeping your mind healthy with regular exercise, healthy eating and maintaining friendships can help you cope better with stressful or upsetting situations.

If you are feeling suicidal, it is important to talk to someone and get help. If you are not comfortable talking to a close friend or family member, you can contact Dr Koller’s offices and set up an urgent appointment to talk to him about your thoughts and feeling. It's probably difficult for you to see at this time, but you're not alone and not beyond help.

If you're worried that someone you know may be considering suicide, try to encourage them to talk about how they are feeling. Listening is the best way to help. Try to avoid offering solutions and try not to judge. If they've previously been diagnosed with a mental health condition, such as depression, you can speak to a member of their care team for help and advice.

Self-harm, or an injury inflicted on oneself, often by cutting or burning, is generally a sign of intense inner turmoil, anxiety, and/or suppressed emotions. Self-injuring behaviour is not the same as a suicide attempt: Though some individuals who self-harm may attempt suicide, in general, acts of self-harm do not indicate a desire to end one's life. A person might harm him or herself to express pain, anxiety, or other emotions or to maintain a feeling of control over his or her body when other situations in life seem outside his or her control. This behaviour often develops in adolescence and, if left untreated, may continue for many years.

Many people who self-harm don't want to kill themselves. Self-harming can be a kind of "survival strategy", providing a person with a way of coping with overwhelming emotions.

However, self-harming is usually a sign that a person needs immediate help and support.

Self-harm might follow a course similar to that of alcohol or drug reliability, complete with secret stashes and rituals. The behaviour may also follow a cycle: For example, a person may feel anxiety, then impulse, resistance, tension, and release, which may be followed by shame, and then anxiety once again. He or she may feel that cutting, burning, or other acts involving physical pain are the only way to relieve these feelings.

An individual who self-harms may have frequent accidents, claiming or appearing to be clumsy in order to explain wounds or bruises. He or she may wear concealing clothing, even in warm weather, seem irritated, carry sharp objects in his or her personal belongings without an apparent reason, and prefer to be alone for long periods of time. A person who is self-harming may also experience difficulty functioning at work or school and exhibit low self-esteem.

Self-harm can be frightening for the person committing an act of self-harm as well as for those around that person. Some of those who cut or otherwise harm themselves take great care to avoid serious injury or infection by using sterile blades, cleaning their wounds carefully, using bandages, and avoiding major blood vessels and muscles. Other people, particularly those who are inexperienced or emotionally escalated, may fail to take such precautions and severely injure themselves. Either way, habitual self-harm can present a risk to a person’s health and level of functioning in both the short and long term.